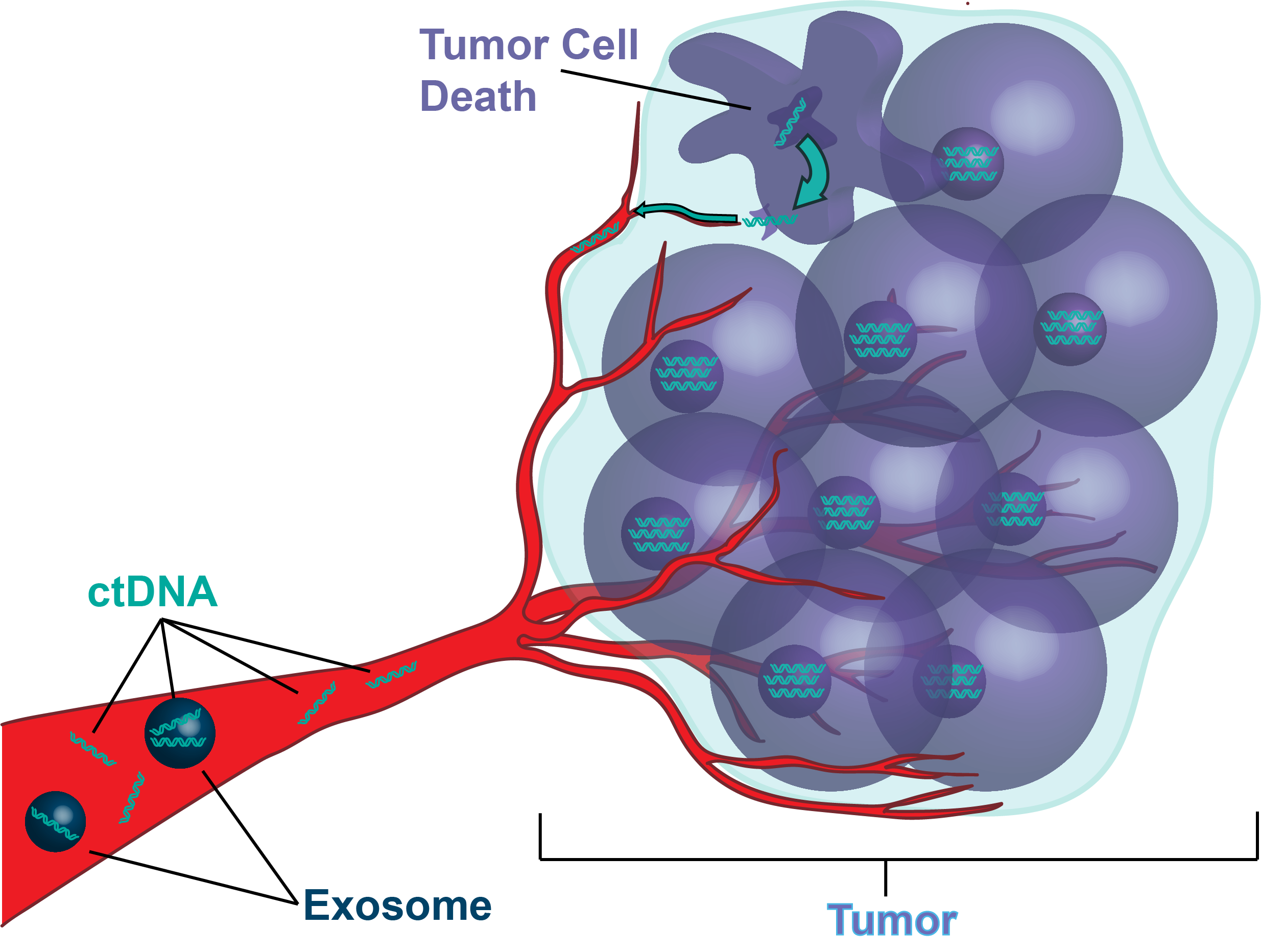 Figure 1. Some tumors can secrete small fragments of DNA, called circulating tumor DNA (ctDNA), into the circulation where they are found in plasma. A “liquid biopsy” using blood samples obtained from cancer patients can be performed to detect ctDNA and to identify specific mutations in the ctDNA that may have prognostic and/or therapeutic implications.

Molecular profiling of tumor DNA has traditionally been performed on samples obtained from a tumor biopsy or a surgical resection sample. The extraction ofctDNA from blood samples obtained from cancer patients for analysis of tumor DNA is referred to as a “liquid biopsy” and has less pain and is less invasive than a standard tissue biopsy procedure (Haber and Velculescu 2014; Overman et al. 2013; Figure 2). Given these advantages, as more studies are reported demonstrating the correlation between mutations in tumor tissue and ctDNA, ctDNA may have an increasing utility in the clinical setting for the investigation of solid tumors as a diagnostic and prognostic tool (Aarthy et al. 2015; Chaudhuri et al. 2015; Diaz and Bardelli 2014; Ignatiadis, Lee, and Jeffrey 2015; Jovelet et al. 2016; Polivka, Pesta, and Janku 2015). Because tumors are temporally and spatially heterogeneous (Gerlinger et al. 2012; Hiley et al. 2014; Ichihara and Lovly 2015; Nik-Zainal et al. 2012; Piotrowska et al. 2015; Wang et al. 2014), a tissue biopsy may only give a “snapshot” of one portion of one tumor at one time. Considering that blood collection is easier than a tissue biopsy, and the fact that ctDNA likely derives from all tumor sites, liquid biopsy has the potential to more accurately monitor a patient’s disease burden and progression in real time by allowing detection of DNA characterizing intra-tumor and inter-tumor heterogeneity (Aarthy et al. 2015; Chaudhuri et al. 2015; Diaz and Bardelli 2014; Ichihara and Lovly 2015; Ignatiadis, Lee, and Jeffrey 2015; Piotrowska et al. 2015; Polivka, Pesta, and Janku 2015). Further, ctDNA has been detected in a number of other bodily fluids, such as urine, stool, cerebrospinal fluid, and saliva; so ctDNA testing may involve tumor monitoring utilizing these sample sources as well (Patel and Tsui 2015). 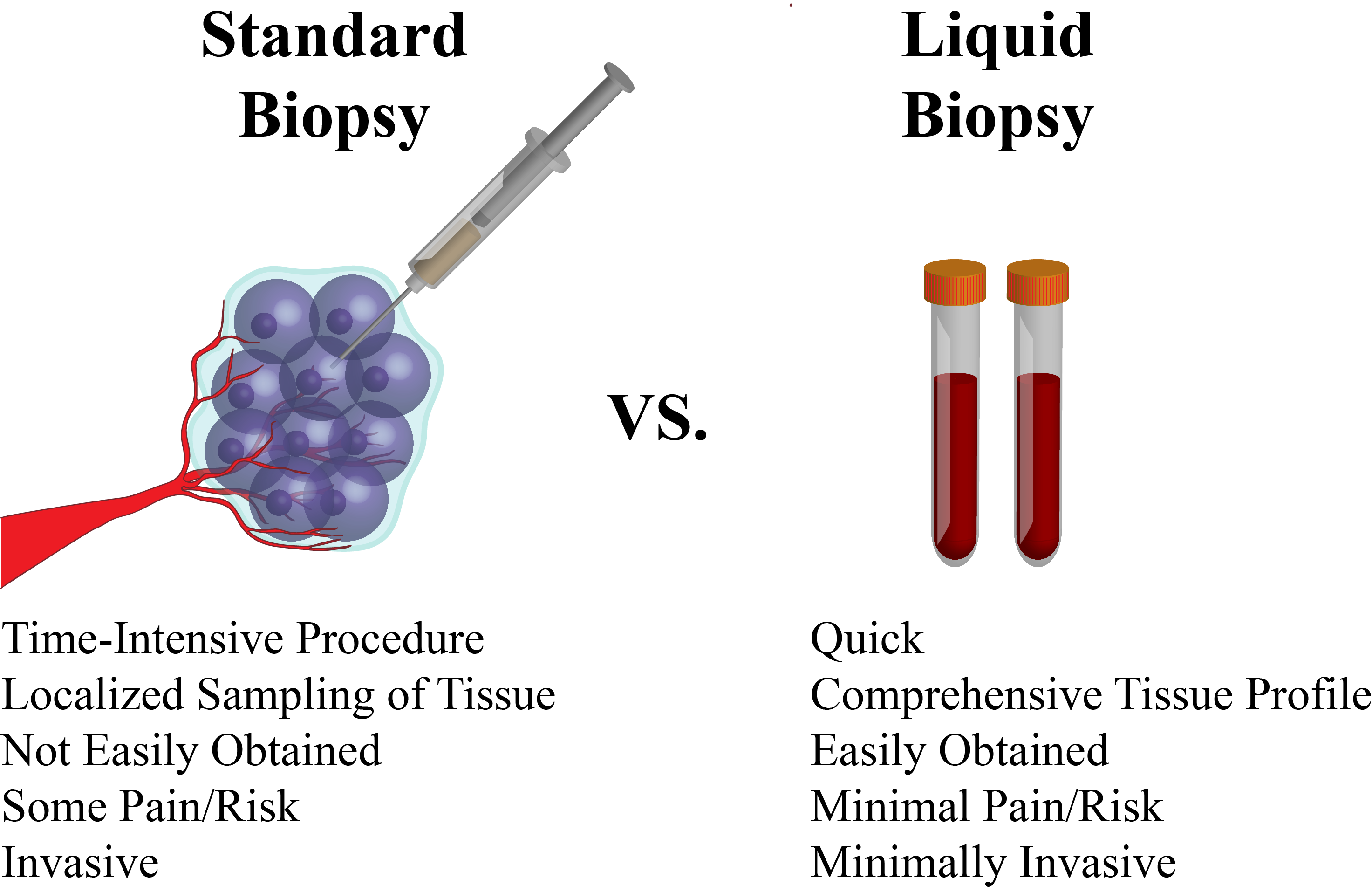 Figure 2. Collection of ctDNA as a “liquid biopsy” has several potential advantages over standard biopsy.

The Clinical Utility of ctDNA in Monitoring Cancer and Directing Therapy

Because ctDNA from solid malignancies comprises only a minor fraction of the total cfDNA, detection techniques for ctDNA must be highly sensitive. The most common detection methods for ctDNA include massively parallel sequencing or next-generation sequencing (NGS)-based assays and digital PCR (dPCR) (Chaudhuri et al. 2015; Ignatiadis, Lee, and Jeffrey 2015). NGS-based assays may be targeted gene specific panels or may be larger ,whole exome- or genome-based studies similar to NGS techniques used on tumor biopsy DNA specimens. The two primary methods for dPCR include the use of beads, emulsion, amplification, and magnetics (BEAMing) and droplet digital PCR (ddPCR), both of which separate template molecules into thousands of tiny droplets, each containing one template molecule (Chaudhuri et al. 2015). These methods are paired with allele-specific PCR to probe for tumor-specific, clinically actionable genomic targets with precise quantification of the percentage of template molecules containing the targeted mutation and sensitivity levels of ~0.01% (Chaudhuri et al. 2015). However, while dPCR techniques offer a high level of sensitivity and specificity and quick turn-around times, they are limited by the number of mutations that may be probed at one time. In contrast, NGS can interrogate multiple mutations in parallel. Novel methods are being developed that take advantage of the benefits of NGS while retaining the sensitivity of dPCR (Newman et al. 2014; Spellman and Gray 2014). As detection techniques continue to improve, the utility of ctDNA analysis as a diagnostic and prognostic tool will likely translate into routine clinical care.

Disclaimer: The information presented at MyCancerGenome.org is compiled from sources believed to be reliable. Extensive efforts have been made to make this information as accurate and as up-to-date as possible. However, the accuracy and completeness of this information cannot be guaranteed. Despite our best efforts, this information may contain typographical errors and omissions. The contents are to be used only as a guide, and health care providers should employ sound clinical judgment in interpreting this information for individual patient care.